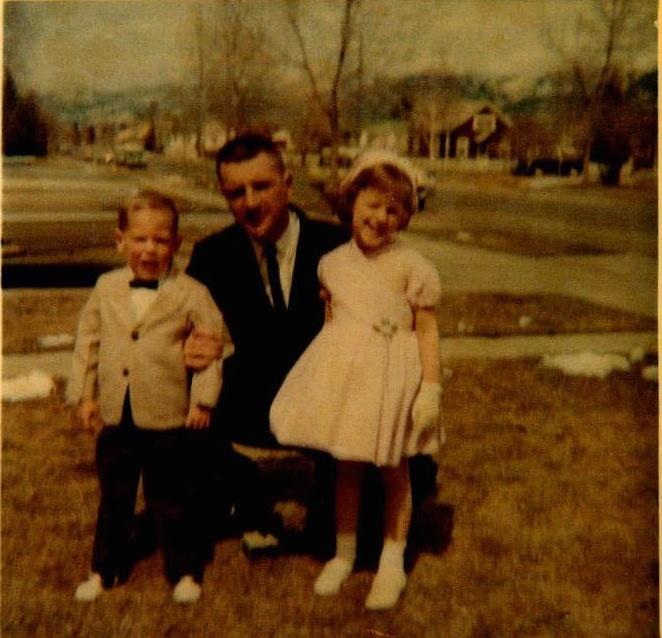 What is your most vivid personal memory that is connected to the Vietnam War?

My father, Major John Shelby Burford, wrote me an eight page handwritten letter from Vietnam one week before his jeep drove over a land mine, and he was killed. My receipt of that letter (and the majority of the letter, itself), and its immediate effect on me, are documented in a chapter in Chicken Soup for the Christian Family Soul, linked here.

Have your views on the Vietnam War changed over time?
Yes.

I was five when my father died. I did not have the capacity to understand anything beyond, "Your father died for his country." Whatever that meant. But it was said with strength and pride, so I knew it was a good thing. I repeated it to others.

My mother shielded us from the news, which showed battles and air strikes, and protestors, and commentators criticizing the war. I knew the protestors were wrong, of course, because my dad was in the army. Surely he wasn't wrong; therefore they must be wrong. Kindergarten logic. Easy enough. Besides, the protesters dressed funny; none of our friends or family dressed like that. So, they were different, and—again from a five-year-old perspective—therefore wrong.

When you start from a base like that, there's no place to go but up in understanding the challenges of the Vietnam conflict, and the nuances of politics and war. I now see it as an altruistically-begun conflict that was eventually recognized for the unwinnable war it became

What impact has the Vietnam War had on your community or family?
I grew up without my natural father, and the mentorship a father naturally provides in big and small ways over the course of time.

I was in college on Father's Day weekend of my freshman year. I was waiting in the lobby for my step-father to arrive, and noticed how easily I could spot the fathers of my friends - men I'd never met. You could just tell... same walk; same jaw; same laugh. It occurred to me that I didn't know whether dad and I shared those little things.

To this day, I don't enjoy sports. Dad wasn't there to help me in the formative years of athletic development. My single mom understandably had her hands full with other things. By the time she married my stepfather, and he took on that role, I was already way behind. I was the kid who couldn't throw and couldn't catch; I was a liability to the team, and felt the derision of my teammates. I quit. Pretty much forever. When I had children of my own, my wife and I put them in sports, and I tried to help as I could. But it's hard to pass along skills you don't have. I am now more forgiving toward sports, since I understand the psychodynamic processes that formed my attitude. But, I still don't enjoy them.