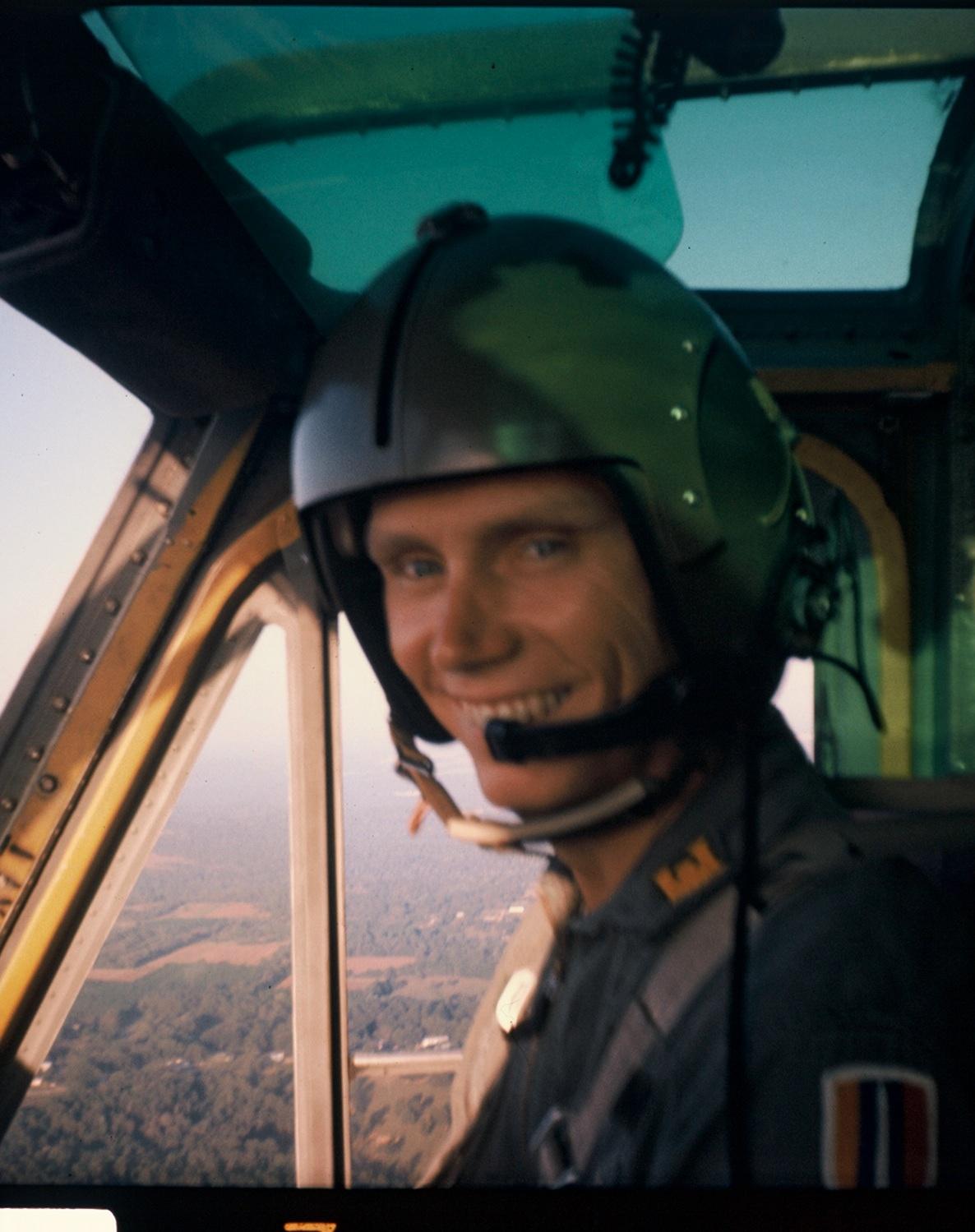 What were the location(s) of your service and your MOS? Chu Lai RVN Helicopter Pilot, Ft Meade MD Post Engineers

What are your strongest memories from your time in the military, specific to the Vietnam War era?
Leading a helicopter platoon for the 71 AHC in Chu Lai I am a licensed, retired architect. We built an officer's club on the beach of the South China sea, but absconding with a lot of material from various sources. It had a sunken bar, air conditioned, tile floor & great view through Chopper plexiglas to the S China Sea.

Have your views on the American War in Vietnam changed over time? Why or why not?
Yes, I realize that I was very fortunate to make it through my 1 year tour, but the war was a huge waste of men and money. I am very anti-war & believe the military cannot solve our problems in Iraq, Afghanistan or any other place in the world. We need to be smarter than that.

What impact has the American War in Vietnam had on you since returning home?
I am much more grateful for what I have in the USA than ever before.

What music did you listen to while you were in Vietnam? What did you read?
I am not a music lover so could not tell you about songs. I did manage to make it to Da Nang for the Bob Hope show. We also flew the May 68 Playmate and a Dean Martin Gold Digger around to the troops for morale.

Anything else you'd like to add related to the Vietnam War that we haven't asked you about?
I was involved in "Black Monday" as one of the reinforcement choppers. It was a battle on Sept 22, 1969 that made the front page of the KC Star. I received on of my DFCs for my efforts in that battle and was shot down by a 50 cal that blew a hole the size of a basketball in the roof of my chopper. I was shot down a total of 4 times, but my flight classmates had been shot down 11 times, so I didn't think much of that.
Return to Kansas City Vietnam Voices.